How do I use my mobile phone for photography? 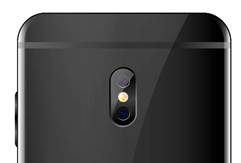 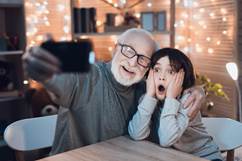 Where is the camera on my smartphone?

It is highly likely that you have several cameras in your smartphone. On the back you can see one or even several lenses, all of which are just about the size of a small fingernail. On the side where the screen is, there is usually an additional, slightly smaller camera. With her you make the well-known "Selfies". With selfies, i.e. taking pictures of yourself, it is of course handy if you can see the screen while you're taking pictures. 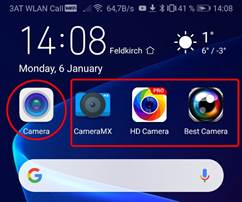 How can I use the camera of my smartphone?

Short answer: tap on the correct “picture” on the screen of the smartphone.

To use the camera of the smartphone, a camera app must be started. Every smartphone with a camera has such an app already installed. To start the app, find the right icon (small picture) and tap on it. Depending on the operating system, these icons may look different. What they all have in common, however, is that they somehow look like cameras. On some phones, there are several such icons because someone has installed additional apps from the App Store. These icons also look like cameras. It does not matter which of these apps you use. When you tap it, your smartphone turns into a camera. On the screen you can now see what the camera lens has just captured. 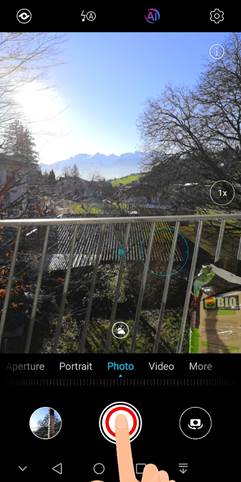 How can I take a picture?

1. Hold the camera so that you can see on the screen what you want to shoot.

2. Tap the trigger, the circle in the middle.

Tip: Keep your hand still for 2-3 seconds. Some mobile phone cameras take some time to optimize the settings before shooting and saving the picture 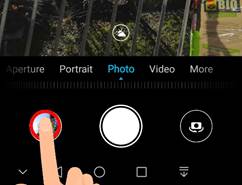 Can I see the picture now?

Yes, of course. Somewhere on your screen you will see a very small version of your image. Tap on this picture and it will open in a large format on your screen. 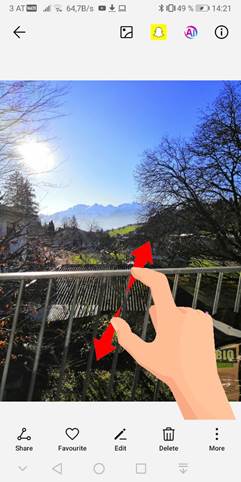 Can I enlarge details of the image?

Yes. Touch the image with two adjacent fingertips simultaneously. Spread the fingers that are still touching the screen and the image will get bigger and show only a section of the screen. With just a fingertip you can move the image so that it shows a different section.

Tip: In the same way, you can activate a digital zoom and enlarge the image section when taking a picture.

Attention: With digital zoom, the image is often blurred, and the quality of the image visibly decreases. 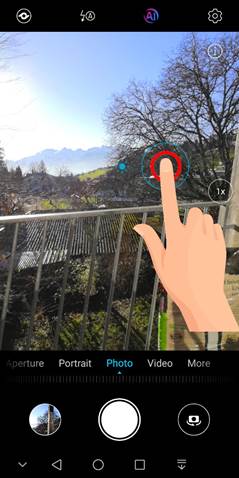 I want the camera to focus on a different part of the picture.

For most cameras, you only need to tap the part of the picture you want to focus on before tapping the shutter release button. The camera does the rest. When the focus is set, press the shutter-release button. 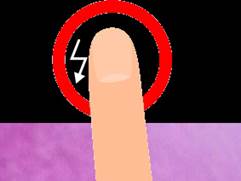 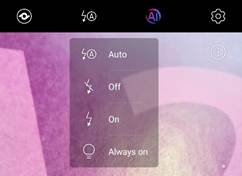 Does the camera have a flash?

Many smartphones have one or more LED lights near the lens that are used with the camera as a flash.

Tap on the picture that shows a flash symbol and select the desired setting by tapping it:

Auto: Flash is switched on automatically when needed.

"Off": Flash is always off.

"On": Flash is on and flashes every time you take a picture.

"Always on": The LED is always on. It is now more a torch than a flashlight.

The setting to "Auto" is certainly the most convenient.

I have chosen an unfavourable picture detail. Can I still crop the picture afterward?

Yes. You have already learned how to look at a picture in the camera app. Open the image you want to crop in this way. On the screen you will see the picture and some icons. If you don’t see the icons, just tap on the screen and it will open. Tap on the "Edit" icon. Most of the time it looks like a writing pencil.

Now you can see the tools available to you for editing the photo.

To crop an image, tap the icon, which consists of two interlocking right angles. 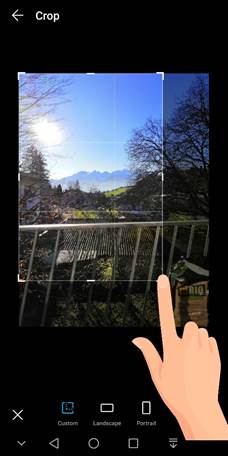 Now you can select the desired image section with one finger by changing the edges or corners. What is cut away is displayed darker.

Click the check mark to confirm the section and return to the editing tools. When you tap the "x", the picture remains unchanged.

When you finished the editing, you will be asked if you want to save the edited image. Tap on "Save" and the changes become permanent. If you do not save, the image remains as it was captured. 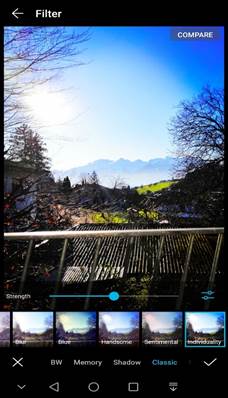 My granddaughter can change the colour of a picture in a very short time. Can I do that too?

Open the image in the app and select "Edit". Now you see different tools. Your granddaughter most likely uses "filters" to change her images. Just try the different filters and tools. If you like the result, save it, if you don't like it, just don't save it. You can hardly do anything wrong.

The use of filters is a matter of taste.

I want to do selfies, too. How does it work?

When the Camera app is open, look for an icon that shows a camera with inverted arrows. Tap on this symbol.

Now you can see yourself when you hold the smartphone in front of your face, the camera that is facing you is activated. Aim (- smile -) trigger. Congratulations, now you've made your first selfie.

I want to make a video. What must I do?

Open the camera App. Either it says "Video" somewhere or you are looking for a camera icon in side view. Tap on the word or symbol. The "trigger" symbol" gets a red dot. Point the camera at the subject you want to film and tap the shutter release button. Video recording starts. When you tap the "Shutter" icon again, the recording stops.

Tip: Move slowly when you record. 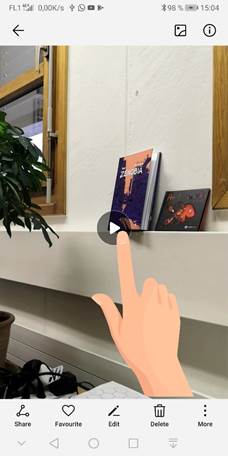 How can I watch the movie?

This works the same way as viewing photos. Only the camera app must be in video mode. There is also a tiny image that shows a picture from the recorded video. Tap on it and the first frame of the movie appears on your screen. Tap on the "Triangle" briefly and the video starts playing. When you tap on the movie again, a timeline and a "Pause" icon will appear. Use the timeline to quickly get to any part of the video. Tapping the "Pause" icon pauses the video playback. 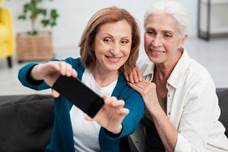 What can I ruin?

If you hold the smartphone firmly in your hand, nothing bad can happen. Photography and filming with a smartphone cost some storage space and nothing else. Failed photos and videos can be easily deleted.

How do I delete an image or video?

Next part of this topic >> Capture video with your smartphone

Previous part of this topic << How do I use my mobile phone for photography?

Be Smart Senior: Online safety tips for older adults
How to Comment on Blogs, Websites, Services?
Photography and mobile phone
Present Yourself on the Web: Run a Blog!
How do I use my mobile phone for photography?
Capture video with your smartphone